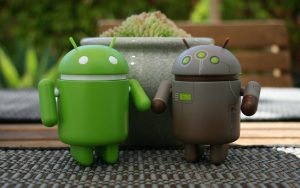 As per recent studies, an average person checks his or her mobile phone 86 times a day! Such statistics are testament to the extent to which mobile devices have permeated our lives. The smartphone market is dominated by the Android platform with over 70% of the market around the world.

The Android programming language has helped develop almost three and a half million apps, from gaming, social, utility, travel among others.

Apps such as Twitter, Facebook, Instagram, WhatsApp, TikTok have gained immense popularity within a very short period. Some of the many immersive features that these apps enable are down to the programming languages that they affect. Custom application development services have exalted the benefits that mobile app development languages have accorded and its immense contributions in improving the quality of life in many regions around the world.

We look at some of the most popular Android programming languages.

Java was the official Android development language for Android (which was later replaced by Kotlin) and is also the most widely used language. Even today, the Android Play Store is home to many apps built using Java and has an active community of developers.

Kotlin replaced Java as the official language of the Android platform in 2019. A cross platform development language, it can run on the Java Virtual Machine seamlessly. Custom app development companies prefer Kotlin as it is one of the best languages for app development.

Dart was built and released by Google in 2021 with a purpose to build captivating UI components. Dart is used with the Flutter framework to build cross-platform applications for iOS, Android as well as desktops.

C# is similar to Java, although it comes with a simpler syntax. Like Java, C# also ensures minimum memory leaks that makes coding uncomplicated.

C++ can be used for Android App Development using the Android NDK. The Android Native Development Kit is used to implement parts of the app in C++ native code.

Lua is an open-source programming language, and is widely preferred when it comes to developing games. Many popular games such as Angry Birds and Warcraft have been built using Lua. It mainly uses the Corona SDK that imparts versatility to develop native android applications.

JavaScript is one of the most extensively used mobile development languages. It is used for web development as well with major applications as a client-side scripting language. JavaScript in turn has spawned several frameworks such as React, Vue and Angular that are also popular.

The Adobe PhoneGap framework that is powered by Apache Cordova augments web development skills to build hybrid apps that are shown through the “WebView.” It allows developers to build apps using the same code used for a website – HTML, CSS, and JavaScript. PhoneGap acts like a bridge to access native features such as the accelerometer or camera.

With React Native, developers have unlimited access to large open-source libraries of ready-made components, thus enabling quick app development. It has been used to build highly successful apps such as Uber and Airbnb.

Flutter offers an SDK and a well equipped library to create highly engaging apps, with one of major highlights being code usability. The platform also enables customizable widgets, which explains its popularity among many custom application development firms.

With an easier syntax compared to other languages, Golang also provides useful built-in functions and makes concurrent programming a cinch.

Used primarily as a statistical language, it is open-source and can run  seamlessly on multiple operating systems.