6 Types of Apps that can be built with Angular 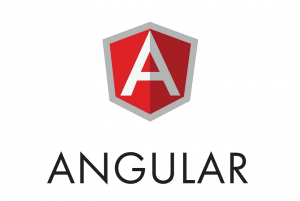 Initially launched in 2010 by Google as AngularJS, Angular is a web application development framework based on Typescript. A completely rewritten version was launched in 2016 – during which it was rechristened as Angular – and the features provided in this relaunch only increased the popularity of the framework that was already extensively in use by developers.

AngularJS application development is entirely open-source and ideal for individuals as well as corporations who wish to build an enterprise app. The latest version of Angular, V 9.0 was released in February 2020 which uses a new compiler called Ivy, that speeds up the compilation process and improves component testing, which has further strengthened the reputation of Angular development services. This new improved version brings forth a whole new experience in AngularJS web application development.

Angular is exceptionally popular with application development service providers for the following reasons:

Angular development services offer a powerful framework in which developers don’t have to install multiple extensions. It has access to a thriving ecosystem and many external tools and components to create powerful applications with exceptional features and exciting UI/UX.

Browsers that provide app-like experience are a reality because of the advances made in AngularJS web application development.

Angular is built on the MVC architecture in which all enquiries from the app reach the controller, which interacts with a model to prepare the necessary data for the final view. This type of architecture allows isolation of the app’s logic from the user interface and augments data binding as well as the entire development process.

AngularJS application development services build flawless websites and apps by leveraging modules that link to components, services, and directives that are culpable for specific functionalities, which in turn make development and debugging effortless.

Types of Apps that can be built with Angular

Considering the benefits that Angular brings along, it can be a smart choice for building dynamic apps, in varied domains. Here are a few examples of apps that can be built using Angular:

Progressive Web Apps are the latest in mobile web technology that enable an app-like experience on mobile browsers. PWAs also offer app functionalities such as home screen shortcuts, push notifications etc., and are supported by almost all web browsers.

The frontend code can be reused between web and mobile for faster development and deployment of apps.

Scalable web applications are optimized using AngularJS web application development by leveraging its component-based architecture, without affecting the performance of the app.

A Single-Page Application (SPA) is a web app in which the UI components interact with browser dynamically by rewriting the current web page with new data. Angular is the preferred choice for developing SPAs because of its data management and routing capabilities.

For websites which require enhanced animations, Angular is the preferred choice as it helps developers build perceptive and captivating web designs.

If you are looking for Angular development services to build a mobile app for your business, contact Smart Sight Innovations today for a free quote.