Blockchain in the real world: Telling a new success story 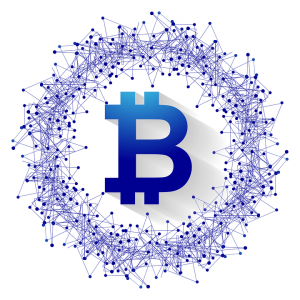 BLOCKCHAIN – It’s the new word resonating in the tech market and creating a buzz. The whole world is waking up to the revolution that Blockchain is creating much like the one the internet had brought in in the early ’90s. The power of Blockchain is unbelievable; the way it can significantly transform the worlds of finance, business, and value exchange and even impact how we live, function and interact!

The blockchain is a robust technology that has a mechanism for ensuring complete transparency, security, and confidentiality in various processes and operations. The Blockchain is an online platform for users that create ledgers for transactions made between users.  In other words, it is a digital decentralized public ledger of all financial transactions that have already taken place. Here information remains as a shared, reconciled and continuous database in the form of data stored in blocks that are identical across the network. With transactions happening continually, the ledger is growing constantly and as blocks get completed, they are added to it in a linear chronological order. Because the data is not centralized and cannot be copied, it is absolutely transparent, easily authenticated, needs no supervision, and prevents fraud.

Moreover, blockchain cannot be controlled by a single entity and does not require an intermediate or an external body. Hosted by millions of computers simultaneously, the distributed ledgers have an irreversible train of transactional data, which hackers cannot tamper or corrupt and hence everything is meddle-proof.  According to World Economic Forum, 10% of global GDP will be stored on the Blockchain by 2025.

The impact of distributed ledger technology is being felt in every sector. Let us track some of the industries where Blockchains are in action and making an indelible mark in their overall performance and growth.

Since Blockchain technology uses a unique ledger that is completely secure, encrypted and tamper-proof, the banking sector will hugely benefit from this unique system. Firstly, because of the distributed ledger, infrastructure costs that include cross-border payments, regulatory compliance and securities trading are significantly reduced. Secondly, this kind of e-currency which is based on cryptographic proof eliminates the need for dependency on middlemen.  Your online transactions are safe and effortless and your money, completely secure.

Most of the current mechanism for international transactions is slow, antiquated and expensive. However, it can get better, faster and cheaper when banks use Blockchain and enable hassle-free transactions between one another.

Banking for the unbanked

Further, because of its open and decentralised nature, Blockchain comes across as a great and unfailing solution bringing banking services to billions of people across the world, those who are currently unbanked. According to the study report jointly released by EY (Ernst & Young is a multinational professional services firm headquartered in London, England, United Kingdom) and ASSOCHAM, (The Associated Chambers of Commerce and Industry of India), 19 percent of India’s population is still unbanked. With Blockchain tech support, digital identities can be created for all individuals who   may be deprived of accessing banking and financial services, allowing them to operate bank accounts, transfer money, apply for loans, thereby creating a new order of financial inclusion,

Many banks are also developing their own Blockchain-based projects, the most popular being JP Morgan that is dealing with two projects called Juno and Quorum.

Often, due to negligence and inappropriate data handling processes, medical records are scattered, erroneous, and incomplete and privacy is not maintained. In fact, healthcare institutions find it difficult to share confidential data and information across various platforms in a safe manner.

Blockchain technology allows hospitals, payers, patients and other members in the healthcare value chain to share access to their networks, exchange vital information, without comprising on data security and integrity. The data stored through Blockchain is safe and cannot be changed by any external entity and can also be linked to a global information network where healthcare providers can access any data while maintaining total confidentiality.

Often surrounded by challenges and controversy, the real estate business is complex in nature and involves the participation of many stakeholders such as buyer, seller, agent, broker, and others.  Owing to lack of transparency, many times transactions are slow and potentially risky too.  The common man is compelled to do huge paperwork and bear with fraud and human errors in public records   Blockchain offers an organised approach or system to reduce the need for paper-based record maintenance and thus help speed transactions and deliver better outcomes. So, Real Estate Blockchain applications can help in recording, tracking, transferring of land titles, property deeds and even ensure that all the documents are accurate and verifiable. Ukraine has become the first nation to facilitate a property deal using blockchain.

The verification process of academic credentials is largely tedious and mostly manual -driven.  By including Blockchain solutions in the academic process, the tedious processes can be easily streamlined that will subsequently arrest the false claims of unearned educational credits.

Many times, the remuneration that artists receive is not worth their effort. By adopting Blockchain, the content sharing becomes fairer and easier for contracts and music makers can get a good and profitable deal.  So according to pre-licensing agreements, the revenue from purchases of creative work can be distributed automatically.

Blockchain is highly useful in supply chain management for industries where goods are passed through various hands from start to finish and manufacture to the store. When an organisation uses a Blockchain platform for its supply chain management all inventory is automatically organised and recorded and is viewable. So there is complete transparency as inventory can be easily tracked. There is no scope of tampering whatsoever because whatever information is submitted, the record remains there indefinitely. A user can only view or add to the existing data but cannot modify it.  Every time the item is in different hands, it is recorded. Blockchain can also be utilised to monitor costs, labour and even emission control at every point of the supply chain. The ledger system can track products from their origin and can be used to verify the authenticity or the trade status of products.

It is well-known how EVM (Electronic Voting Machines) are tampered and the chaos it creates during and after voting. Can Blockchain technology resolve the issue?  Yes, it certainly. The tools provided by Blockchain have the ability to keep the voter’s information and identity a secret as well as provide a meaningful and pragmatic approach for casting votes, while maintaining a continuous track and count of the same.  Because the data created on Blockchain cannot be changed, the public will be able to see the numbers live while the voters maintain their anonymity. Deploying Block chain in ballot processes can completely weed out corruption and foul play and bring justice to democracy.

Many industries and start-ups have started incorporating Blockchain into their strategies, realising the integral advantage it has for their businesses while being cost-effective and that it is not just a cool- sounding tech phrase or an empty hype. There is much more to Blockchain than meets the eye and only time will unravel the unknown depths of this amazing technology that is yet to bring out its best potential.