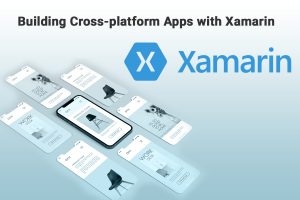 Mobile apps are fast becoming indispensable for businesses, especially those  striving for online success. One of the main reasons for this is the ever increasing number of smartphone users with ready access to fast internet speeds. Organisations that choose to go mobile must create solutions that are easily operatable across multiple platforms, with Android and iOS being the two major ecosystems.

Recent statistics indicate the penetration of smartphone usage all over the world and the implications of cross platform mobile development in today’s smartphone dominated scenario.

These numbers are humungous, and what is even more important is the breakneck speed at which these numbers are increasing every day, which establishes an added significance to the development of cross platform apps for effective penetration into untapped markets.

Xamarin is one such popular platform among app development service providers as it is an open-source framework that works across platforms. Xamarin apps and products are used by over 15,000 organizations as of April 2017. Renowned organisations such as Bosch, Siemens, Slack, Pinterest among others use Xamarin apps. Here we look at how the Xamarin platform contributes to this ever growing segment.

1. All in one Technology

Xamarin is an all in one technology stack for all platforms and all that the developers have to do is write code in the IDE of their choice.

The Xamarin web app store features a multitude of components to customize Xamarin apps, a feature that is welcomed by app development service providers.

Xamarin cross platform development ensures apps have the capability to function as native platforms. Android developers can use the PCL and advanced app architecture to share a single code structure across all platforms.

Developers can add custom elements such as web service APIs to the app directly from the IDE from Xamarin’s dedicated component store along with other backend integrations such as Microsoft Azure and Salesforce Parse.

Facilitates direct detection of bugs in Xamarin web apps on the cloud, which otherwise takes a lot of time to test & assess app performance on multiple devices.

Xamarin cross platform development is compatible with MVC (keeps the logic and presentation layer of an application separate) and MVVM (using same code base for different projects) patterns.

Apps built with Xamarin cross platform development have standard UI controls for development without plugins that leads to a brilliant user experience.

Using the Xamarin platform for app development overcomes the requirement for investment in different infrastructures for Android, iOS, and Windows. With Xamarin apps, developers need to code just once after which they can be deployed on all major platforms without any additional setup costs.