How Apache Cassandra is used to manage large volumes of data 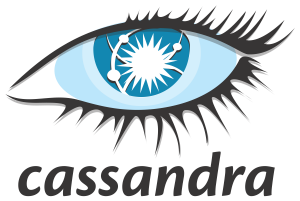 Apache Cassandra is a distributed database management system that can easily handle large amounts of data. This NoSQL database written in Java offers good availability and never fails under any situation.

Cassandra was mainly developed by Facebook for its inbox search feature. It was in the year 2008 when Apache was introduced and later became a part of Apache incubator. It uses an advanced form of software and has been a top-level Apache project for Big Data development companies who are inclined to use Cassandra.

What is the reason behind the uniqueness of Apache Cassandra?

Cassandra is one of the most efficient and widely used NoSQL databases around the world. The best thing about it is that it provides efficient service and never fails. Let us try to explore some of the aspects that make Apache Cassandra unique.

One of the main benefits about Cassandra is that it can handle structured, semi-structured or even unstructured data by providing flexibility with data storage.

It also uses multiple data centers for even and easy distribution of data whenever required. The properties of ACID or Atomicity, Consistency, Isolation and Durability are also supported by Cassandra. With all these important benefits and usefulness Cassandra has won over several companies and organizations.

Cassandra works as a peer to peer system. The main architecture of Cassandra consists of multiple nodes, all of which can read and write at the same time, and these nodes communicate with each other seamlessly.

For ensuring data integrity, Cassandra has a commit log, which is a backup method, and all the data is mainly written to the commit log to ensure no loss of data. In the next step the data is indexed and written to memory. The memtable is a data structure that is mainly used for writing Cassandra.

A Commit log is an important aspect as it is largely related to its architecture.

The architecture of Apache Cassandra that helps to manage data:

It is firmly believed that it is the architecture of Cassandra that helps it to manage large volumes of data. Cassandra is mainly distributed to a large number of nodes. It follows the rules of “Masterless” architecture which means that all the nodes are equal, and no single node will control the other one.

The best thing about this is that the clients provide different flavors for managing the data. For example, some provide objects related to mapping APIs and some provide CQL based support.

It can be concluded from the above discussion that Cassandra is one of the most important open-source NoSQL databases that is preferred for its un-paralleled scalability.

It provides powerful data with maximum flexibility. It has also been noticed in several situations that the design of Apache Cassandra is quite different from the other ones and is based upon ensuring simplicity, high performance and horizontal scalability.

The importance of Apache Cassandra is gradually increasing in the present world as it can overcome any issue within a short time.