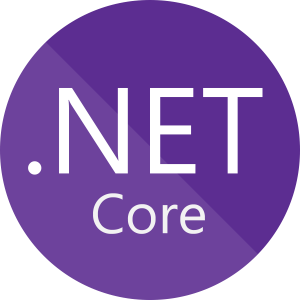 Microsoft traditionally has been a closed environment. Developers and users face licensing each step of the way when they use the .NET framework, something that could be stopping you from using this framework. Fast forward to 2016 and the situation changed. Somehow wisdom seems to have prevailed and Microsoft seems to have undergone a change of heart. The result is Dotnet core 2.0.

Asp.NET Core is cross-platform and high performance, perfect for developers desirous of building an advanced cloud-based or internet-based applications and, best of all, it is open-source and free. Translate that to mean your development and usage costs reduce a lot.

Core 2.0 For A Variety Of Apps

Now that it is open source and free you can engage Dot Net Application Development Company to build web apps, IoT apps, backend for mobiles and run .NET Core on the Framework with ease. Deploy on-premises or on the cloud—Core 2.0 lets you do it with ease and sophistication in the apps. Core 2.0 gives you even more compelling reasons to switch to it and it is no surprise that Dot Net development services have taken to it in a big way.

After all, it makes their task somewhat easy, gives them options and makes it affordable for their clients. Microsoft must have been in a nice mood because they made life easier for Dot Net developers with Asp.NET core and its many benefits.

From the Dot Net Core developer’s perspective it is a godsend with its model view controller for web APIs and apps and comprehensive integration with Angular, Blazor, React and Bootstrap all of which are used extensively in web sites and web apps client-side development. That is on one side. Couple it with integration with .NET Framework on the other side. That makes for extreme flexibility, allowing Dot Net development experts to address clients’ needs and budgets.

Used with Framework the result is cross-platform compatibility, far better performance and side by side versioning.  That is not all; the Framework runtime environment operates the Common Language Runtime virtual machine that speeds up development. Just take a look at the many benefits:

In short, this radical release of open source free Dot Net Core has transformed the way developers work and brought features of the Framework within the reach of even small and medium-sized businesses. Asp.NET Core 3.0 is here and some may switch over to it but for the present Core 2.0 is more than enough and it is likely to continue to be used. This is because the proposed Core 3.0 will run only on .NET Core. Core 2, when compared to Core 1.0, is faster and has the support of over 20000 APIS as well as support for enterprise code and integrates with Framework too.

A .NET Core Is Ideal For

Developing and deploying apps across various platforms just became a lot easier with .Net Core 2. Then we have application Insights SDK for .NET Core that brings its own feature sets one of which is that you can monitor applications wherever they are running.

App Insights in Visual Studio 2017 makes it easy for developers since it integrates so well and lets them track server-side information, browser-side behavior, dependencies, performance, and errors. For instance, Insight’s telemetry feature collects web requests, live metrics and dependencies from apps. This, for the client, translates to better data that can be collected from the server-side and from the client-side too.

Depending on how you look at it the microservices feature of .NET Core is a welcome feature for Dot Net application development company that is tasked with refactoring enterprise-grade apps into small services. It becomes more convenient to deploy to the cloud with the Doctor and just as easy to test the distributed system. Dockers, as developers know, isolate apps from the host and use only the kernel which results in fast operations and reduced burden. The MVC of Core 2.0 plays an important part too.

Unlike MVC of earlier Framework that works only on Windows, Dotnet Core’s MVC enables apps to be deployed on any platform and even on mobiles through the cloud or through on-premise solutions. Further, such apps are independent of the webserver. Another benefit is that since Core is the open-source you can expect an active community to contribute to growth.

What This Means For Business Enterprise

The restrictions of the earlier Framework have eased in Core 2.0. Businesses that use ASP.NET can extend the scope of deployments and use on several platforms and have compact apps that work fast while reducing the burden on internet bandwidth. Existing apps can be repurposed into compact ones. The open-source nature means you can expect Core 2.0 related costs to be lower while development can be speedy. You can have older versions coexist with newer Core 2.0 apps.

Even small businesses can transition to the Asp.NET environment with Core 2.0. You just need expert Dot Net development company to be by your side for new development or for repurposing existing apps quickly and efficiently. Smart Sight Innovations experts in Dot Net core application development welcomes you to take the benefit of its extensive experience and expertise.