Is launching mobile app crucial for a business to succeed in India? 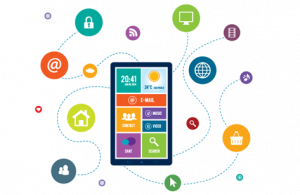 During the last two years, India’s mobile applications market has rapidly evolved. No doubt, China remains to be the largest when it comes to revenue and usage. However, every serious app developer has its eyes set on the superfast maturing Indian app economy.

Which are the most popular applications?

According to stats from 2017, more than 281 million people access mobile internet on a daily basis. Thanks to 12.1 billion downloads reported during the last year, India ranks second in the world when it comes to app downloads.

Some of the most downloaded applications in the country are Facebook, UC Browser, WhatsApp, FB Messenger, Share It, Hotstar, and Truecaller.

India’s billionaire Mukesh Ambani launched his Jio 4G LTE network in the country and made video streaming affordable for every Indian. People love video and music streaming apps like Hotstar, YouTube, Jio TV, Saavn Music, Amazon Prime Video, Sony Liv, Mobdro, and Netflix. Due to the availability of the 4G network in most parts of the country, users prefer watching stuff while on the go. Still, Netflix has not been successful in attracting a sufficient number of premium customers in India. In comparison with Hotstar and Amazon Prime, Netflix’s monthly subscription plan remains the most expensive one in the market.

According to the research conducted by the Indian trade body-ASSOCHAM, more and more users from tier 2 and tier 3 cities prefer shopping on smartphones due to fast delivery and cash-back offers.

Amazon, Flipkart, Paytmmall, Olx, Bigbasket, and Freecharge are some of the popular e-commerce applications. When it comes to food delivery apps, Faaso’s, Foodpanda, Swiggy, Zomato; Domino’s dominate the favorites list in urban areas. Safe, secured, and simplified payment/check-out process has helped these companies to lure users.

Shoppers use e-commerce and food delivery applications due to exclusive discounts, deals that are valid only for orders placed via smartphone apps. Experts believe the percentage of purchases made using applications would go up during the coming months.  The potential is such that after Facebook, even Instagram is set to launch its shopping feature for Indian users from May 2019.

Now, the healthcare industry apps are revolutionizing the way Indians get healthcare assistance and purchase medicines. Firms accept the order, prescription via apps and deliver drugs right at the doorstep.

Smartphone gaming app industry is experiencing rapid growth, again, thanks to Jio’s 4G network revolution. India has already made it in the list of top five nations for game downloads. The game of poker has moved from the table to the smartphone screens since the last year.  According to estimates, Indian gamers from various age groups use their devices to play games at least twice a day. Thus, by 2022, the gaming app advertising market is expected to touch the $943 million mark according to The Hindu’s report.

In-app advertising has a bright future

The IAMAI- Internet and Mobile Association of India’s report published before few months highlighted the point that Indian companies spent Rs 9,266 crore on digital advertising in 2017. A considerable amount was spent on in-app advertising due to its better monetization percentage. E-commerce firms, banks, and insurance companies spend handsomely on digital ads.

In their report titled ‘Global Mobile Advertising Forecast,’ research firm Strategy Analytics has pointed out that by 2023, mobile advertising would capture 71 percent of the overall digital ad spend in India.  So, apps are set to play a crucial role in advertising.

Small firms can establish their identity and gain customer confidence

India’s wired broadband penetration is low. Thus, due to the availability of the 4G network in every corner, mobile is becoming the primary source for content consumption.  Overall, more than 79 percent of the web traffic in India comes from mobile devices.  So, considering the percentage of internet traffic from smartphones, every company’s strategy must include mobile website and smartphone apps for the growth of the business.  A good application development company can assist in developing the same.

Smartphone application can act as a vital tool and help in establishing a brand identity for small brands. Presence in the Play store would assist in gaining consumer confidence as well. The application can also prove to be a great customer support tool, as companies can offer personalized live chat support option. Not just telecom companies, but food delivery and shopping apps also provide the same customized chat support in their applications.

Last but not least; the application can help companies to keep in touch with customers on a daily basis. It allows firms to reach out to the consumers anywhere, anytime with the help of notifications.

From local hotels, fast-food chains, public transport bodies, local taxi associations, to the state power and gas supply companies, everyone has their smartphone app(s) these days.

Global entertainment, news, gaming, and online shopping giants have already established themselves in the Indian app economy. Even small startups in the country have adapted mobile ‘app only’ strategy for their business. Still, there’s a lot of space for new entrants as Indian telecom operators 4G network is continually expanding in tier 2 cities and rural areas to rope-in new smartphone customers.

What are the challenges in the application market?

The primary challenge that most of the apps are facing in India is the retention rate. According to the article published in Forbes, 32 percent of the app users uninstall the application after around 30 days of use. Experts believe this is due to the devices with less storage which most of the Indians own. Users need to make space for new apps by deleting the ones that they rarely use.  It indicates that people won’t keep the application installed on their device unless the content or offers in the app are compelling enough. So, selecting a reputed smartphone app development company is crucial.