Tips for Android App Development in 2021 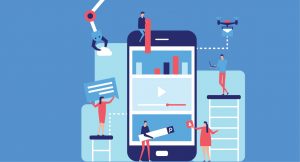 Since the advent of smartphones, users have consistently experienced giant technological leaps that have been highly disproportionate to the time that has elapsed between such surges. The principal reason behind this is because the evolution of mobile apps has been faster than anyone ever imagined possible! With mobile app technology advancing rapidly, programmers are exploring various technologies to build amazing applications, that benefit the entire business value chain right from planning (operational models) to execution (online marketplaces).

Within a decade, smartphones (in reality mobile apps) have become irreplaceable, which is why mobile app development companies have also seen an upsurge in their business.

Constant upgradation to the latest offerings that technology presents us with excites users and creates a sense of wonder that in turn helps retain them by establishing a strong bond that first experiences usually beget. Such unique functionalities and features not only improve the end user experience, but also benefits the business by making it immensely productive by leveraging the latest technological advancements.

An accredited android app development company delivers these technological advances to the common user, thus enriching their experience in such a way as to captivate and entice many others to adapt to your offerings, and also builds an image of first movers to new technology that will hold the organisation in good stead in the long run.

Here, we list a few important points to keep in mind about Android app development that will help your business stay ahead of the curve in 2021.

The rapid strides in AI & ML technologies have increased the computational capabilities of organisations exponentially. Automation of various tasks by implementing these models have become much easier & have saved millions for enterprises. Recent studies indicate that AI models increase productivity by up to 40% by automating tasks such as image identification, language processing and data analysis.

Flutter, an offering from Google is the future of Android app development as it enables coding using a native interface for iOS and Android, as a result of which it has quickly become a preferred tool by many developers. The native design is easy to learn and supports MVP development.

This technology helps spot potential leads by enabling businesses to send notifications based on location and provide attractive offers in a given context. Such seamless integration into android app development can power enterprises by providing them with previously unexplored business opportunities.

Mobile devices are fast becoming the centre around which our lives revolve, and contain mindboggling amounts of personal information, such as our emails, contacts, and also gather information from paired smart devices and wearables. It is estimated that the world will have over 75 billion connected gadgets by 2025 and combined with the perennially falling prices of such devices, this is one technology that is going to witness a constant upward curve for years to come.

Android Instant apps enable users to try applications without installing them on their device, especially useful for ecommerce businesses and gaming apps. They cut down unnecessary interruption of system functions while providing an amazing experience and compatibility across devices.

It facilitates decentralized app development along with unprecedented security protocols to prevent unauthorized access. Blockchain is an immensely capable technology that is very much required in data sensitive and financial apps such as banking institutions, currency markets etc. Surveys imply that a vast majority of Fortune 500 companies actively apply Blockchain technology in their operations.

Motion Layout is used in Android mobile app development to manage the widget animations. It is a part of the Constraint Layout library compatible with Android 4.0, using which developers can seamlessly plug the chasms between complex motion handling and layout transitions.

A remarkable technology that improves SEO and helps businesses gain higher visibility. As per statistics released by Google, AMP websites load four times faster as compared to non-AMP websites, which improves user experience and leads to reduced bounce rates that are usually a fall out of slow load times. Going forward, Google is expected to give more weightage to AMP websites in SERPs, that will lead to increased traffic to such websites.

If you are looking for an Android mobile app development company to enable higher business visibility, contact the team at Smart Sight Innovations for a free quote.