Introduced in 1991 by Guido Van Rossum, Python quickly became one of the most preferred programming languages for developers, start-ups, and tech giants alike. Hundreds of applications have been built using Python web development which is more than just a server-side programming language.

All those hours spent streaming videos are possible thanks to Python, which is the programming language behind the most popular video streaming platform on the planet. It helps the platform integrate and also enables users to like videos and access embedded information. YouTube is undoubtedly one of the top 5 most used applications in the world and the advantages that Python web development affords is a major reason for its seamless performance.

What began as a mail service for home videos has now morphed into possibly the second most popular video streaming platform ever, turning this primarily American service into an internationally renowned application. Offering high-definition videos previously unheard of in home video circles, this application streams video content to its millions of subscribers all over the world – which is made possible with Python for backend fortitude. The core of the application is its analytical engine and robust recommendation pipeline that allows the platform to provide numerous options across genres and languages and also correctly make available the content that users prefer.

A service that provides access to unlimited music streaming to subscribers globally – it had almost 125 million paid subscribers as of 2019 (over 30% of all the world’s music streaming subscribers). Highlighting the purpose of Python web development, a Spotify spokesperson said, ‘speed is a big focus for Spotify and Python fits perfectly into this mould.’

A car hailing service with presence in multiple countries, which by 2019, had almost 2 billion rides worldwide with a revenue of 3 billion USD. In its engineering blog, the company while speaking about its primary tech-stack said that ‘we started with two main languages – NodeJS for the marketplace team, and Python for everyone else.

A file hosting service built on Python for backend stability, which offers cloud storage and synchronization across multiple devices, Dropbox has more than 14 million patrons and can be accessed on multiple platforms – Android, iOS, Mac, Windows, and Linux.

Reddit is a social news aggregator and is home to a thriving user led discussion platform – with over 330 million monthly users. It enables members to submit content in the form of links, text, images. Its founders, Steve Huffman and Alexis Ohanian said that the reason they chose Python for Reddit was because ‘there is a library for everything, and Python is extremely expressive, readable, and writable.’

Arguably the most successful social network platform till date, Facebook quickly became one of the biggest ever companies in history with over a billion users across the world. Such a tech behemoth would rely only on the best tech stack, and it chose Python which takes care of 21% of its infrastructure codebase, which when noting its gargantuan size is a significant portion!

The most popular search engine in the world which accounts for over 90% of the search traffic and more than 2 trillion search queries every year – stupendous numbers! Google relies on Python as its mainframe foundation as well as for the various other apps that it runs as it helps Google keep all data and information on a single platform.

An image-based social media platform with an active user base of over 300 million users that helps them discover and save information in the form of images, GIFs, and short videos on various topics. Pinterest’s engineers asserted the value of using Python by stating that ‘the purpose of Python was to provide a set of libraries for service communication and configuration management.’

If you are looking to build the next big app for the world using Python web programming, contact the experts at Smart Sight Innovations. 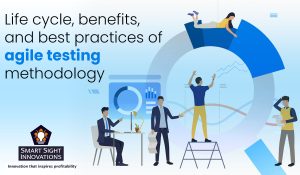 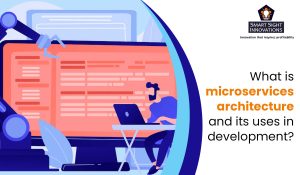 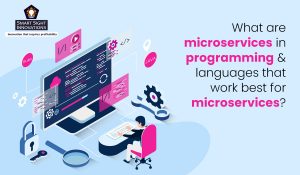 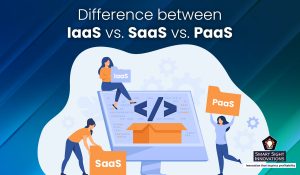 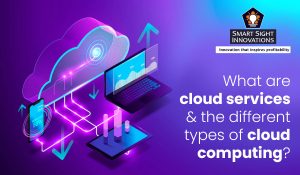