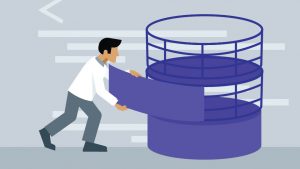 The digital era has led to the generation of humongous amounts of data in various formats – text, video, audio, etc. Organizations are making use of this data to understand business processes better and bring in constant innovations that ensure improving performance.

Ready availability of such massive amounts of data needs an equally responsive database system. Typically, businesses were happy implementing SQL database systems to store structured data, but with the increase in complex and unstructured data from unspecified sources, the concept of NoSQL databases is becoming more attractive for organizations of all sizes. Database development companies also have acknowledged the importance and practicality of using NoSQL databases, and particularly their effectiveness in bridging operational expertise along with big data services.

The term NoSQL is used to describe alternate database systems as against the traditional SQL databases. These databases employ different structures than the traditional rows-and-columns that relational database management systems (RDBMSs) rely upon.

Organizations have been continuously exploring alternatives to traditional SQL databases and have become cognizant of the wide applications of NoSQL technology that has helped them save enormous costs while becoming more flexible. NoSQL databases can be scaled easily horizontally as well as vertically making them a perfect choice for enterprises of all sizes.

A relational database stores data in multiple rows and accesses such data one row after another. In contrast, a column oriented database is organized as a bunch of columns. Database development companies can run analytics on a specific number of columns of their choice directly without consuming memory to read the data that is stored outside the specified columns.

Column oriented databases allow for more effective compression which in turn enables fast reading, making it a very effective model. Columnar databases can aggregate values in a particular column in a jiffy and are especially useful when tracking metrics such as overall sales volumes and sales figures.

Such databases are immensely helpful for data analytics. Developers and businesses do face certain challenges while implementing columnar databases in that the format in which they write data makes it very difficult for them to be consistent. Writing data in all columns requires multiple write events on a disk. Relational databases on the other hand are easier in this respect as data is written contiguously to a disk.

Such database types store data in the JSON, BSON or XML documents and allow for specific data to be queried quickly. It also allows for data to be stored in types that are similar to those used in applications, thus reducing time lost in translation.

Developers prefer working with document databases as it affords them the ability to rework structures to suit their applications, which hastens development time and also renders data as part of the code.

You can use the diverse applications of different types of NoSQL databases to support your business operations.