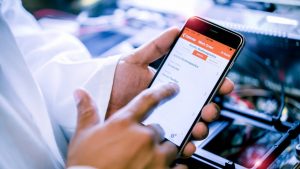 There isn’t an iota of doubt that mobile app development has indeed come a long way since its nascent days. But with technology getting more impressive with every development cycle, there’s large margin for mistakes which could affect app performance and ultimately user experience, all of which could jeopardize businesses.

Mobile App development is a task critical process that takes immense focus and if the final product doesn’t appeal to the end user, it results in a criminal waste of money as well as time. The following statistics highlight how mobile devices have permeated the lives of millions around the world:

While the above statistics hold true, a telling statistic is that 80% of app users stop using them 3 months after downloading it! This is because of the myriad mistakes developers make while building apps. This is why many organisations prefer customised app development.

Here we look at some of the most common mobile app development mistakes that developers must avoid.

1. Putting too many features

Customised app development often leads to situations where developers incorporate too many features into the apps without comprehending that this could affect core functionality and make the overall experience cumbersome, which increases the cost and time for app development. It is wise to focus on the core features that enhance performance.

If businesses plan to launch the app concurrently on multiple platforms, it adds to the development cost and time. It is best to focus on one platform, i.e., either IOS or Android app development, to deploy a minimum viable product at the earliest.

Updates are critical to success, and businesses must collect as much information and feedback from customers before making any changes.

While it is good to learn from popular apps, blindly replicating other apps will not add any value to your product and will lead to bad credit in the industry.

It is important to run apps through various testing modules (impartial third-party experts) before deployment to ensure a bug free, smooth user experience.

It is crucial that businesses have a solid long-term strategy to monetize the app, such as in-app purchases, advertisements, etc. to make up for app development costs and other expenses.

A robust and multi-tiered marketing strategy significantly improves the reach of an app and attracts many users that will eventually lead to easy conversions.

Analytics help glean important user information such as in-app behaviour, retention, and session durations which can be used to tweak performance and app offerings.

10. Focus only on numbers

Businesses generally tend to focus on the number of app downloads, but critically, retention of a new user, is equally, if not more, important. Users who come to the app regularly drive engagement and are the mark of a successful app.

Before releasing an app, businesses need to answer the Why? Who? and What?  of the app. Many organisations fail to decide what the app brings to its users.

12. Not planning for hidden costs

Organisations, whether they choose Android app development, or any other platform are highly optimistic about app usage and retention & fail to consider running costs such as content development, maintenance, and periodic updates.

The primary aspect that defines a good UI and UX is a user-centric interface that must be enhanced through regular feedback.

If you are looking for a mobile app development company that does not commit the above common mistakes, contact the experts at Smart Sight Innovations for a free quote.