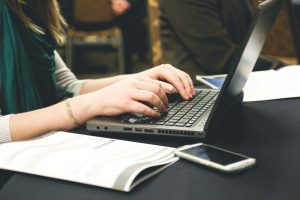 ‘Google it!’ – is the most common response given to those who are looking for information, as Google today has become synonymous with search. Before 1996 no one had even heard the word. Similarly, in smartphone app development the ones in the know say ‘RAD it’, which is to say, fast track the development of the app.

The typical development and launch cycle of a mobile app takes around 6 months, which is a significant time frame that can make or break a business. This is why the emphasis on RAD or Rapid Application Development is burgeoning day by day and is a highly sought-after deployment process that many mobile App Development Companies are increasingly looking to employ.

Smartphone app development is not a straightforward process. In today’s fast-paced environment, businesses simply cannot afford to detect a glitch at the end of the development cycle, which will set their development process back by weeks. Mobile App Development Companies nowadays prefer to adopt a Rapid Application Development, an agile process to bring apps to the market quickly. The RAD process involves several steps:

There are several reasons to use the rapid application development model for smartphone app development.

When to use RAD

RAD, with its advantages, can be particularly applicable in a given set of circumstances:

The recent pandemic kicked off a slew of home delivery services. A gentleman who wished to launch a grocery home delivery service got in touch with Smart Sight Innovations to build an app to achieve this purpose. The mobile app development company used RAD and existing code modules to have the app up and running, helping the individual leverage the present scenario and cater to the needs of an existing market audience in the shortest possible time.

RAD, a boon for Startups

RAD is by no means the last word in app development, especially if a project is complex. However, in many cases, such as for startups, it is imperative to have an app launch simultaneously with your business. The app could be for use by customers or for use by team members or both, but the main consideration is that it should be there to facilitate business. Startups and small businesses can make do with apps with limited features and then go for full-fledged development once they grow but reaching that point where RAD for app development helps you. As the saying goes, a bird in hand is worth two in the bush.

Smart Sight Innovations understands just how important it is to have an app hit the ground running, and, as a prime mobile app development company, offers rapid development services at a low cost to power businesses to succeed.