Everything You Need to Know About Flutter 2.2.0 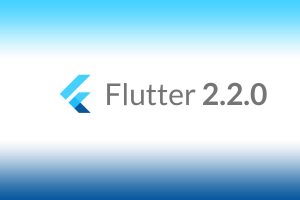 After the massive premiere and widespread success of Flutter 2, Google has shown that it wants to sustain its popular work on this framework and continue developing it further. With the vast resources at its disposal, Google has committed to bring consistent improvements to this much appreciated cross-platform app development framework, as a result of which, its latest iterations are showing signs of further maturity.

During its latest annual I/O event held in May 2021, Google unveiled the latest version of its open-source UI development kit Flutter 2.2.0. At the release, Google illustrated a handful of features, which among other things described new methods for developers to funnel into other Google products with easy monetization via in-app purchases and ads. It also included Flutter Web, iOS improvements, a new Dart release, new packages, tool improvements and many other features.

Here is a list of all the latest that Flutter app development has to offer and what that means for the developers.

The latest release has made page transition smoother by reducing the time taken to render animation frames by 75%, and this could be reduced further on low-end phones. The implementation of incremental iOS installs during development has led to a 40% decrease in the time taken to install an updated version of the iOS app.

As Flutter increases its support, its usability will expand to not just those with different form factors, but also different input types – touch, mouse, keyboard, and platforms with different navigation traits – such apps are called “platform adaptive” apps.

The latest version adds many new material icons to Flutter programming, which takes the total number of icons to over 7,000. Flutter app development allows you to search by category and name at fonts.google.com/icons, and also shows you how to use it. Adding Dash to your Flutter app has never been easier.

Especially useful for desktop form-factors, the latest release includes features like cancelling a keystroke as it bubbles through the widget hierarchy, and including this ability helps fully customize keystrokes that are linked to text actions, as it allows Flutter to implement actions such as using the spacebar and the arrow keys without triggering scroll events and gives users a more intuitive experience.

Although both Android and iOS perform similarly when it comes to displaying the scrollbar, this does not happen by default, while they are displayed at all times on a desktop, which needs a Scrollbar parent widget to be added. To identify the correct behaviour on mobile or desktop, the latest version enhances Flutter programming by automatically adding a Scrollbar when necessary.

Some of the notable web updates are:

Flutter DevTools have received many prominent updates, that include two memory tracking improvements and a whole new tab just for the provider plugin.

The first has the ability to track down where an object was allocated, and the second is the ability to inject custom messages into the memory timeline, which allows developers to provide markers specific to the app, like before and after some memory intensive work.

If you are looking to build a capable cross platform mobile application for your business, contact the Flutter experts at Smart Sight Innovations today for a free quote.