Flutter vs. React Native: Which Framework Can Prove To Be The Best For App Development in 2020? 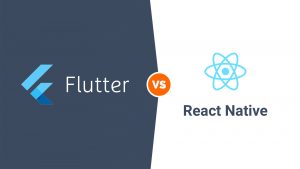 Developers working on iOS apps need to be professionals in Objective-C and Swift programming languages. On the other hand, Kotlin / Java, Python, and C++ are languages used by engineers for developing Android apps. However, instead of working with two different teams of engineers, some companies prefer opting for cross-platform solutions that use a single programming language. This is where Flutter and React Native come into the picture.

Flutter Engine is a cross-platform opensource framework from Google launched in 2017. The mobile app SDK (software development kit) allows developers to create iOS and Android apps using object-oriented Dart programming language. Flutter apps promote extensive use of widgets. Almost all the aspects of layout, including stylistic and structural elements, are made by combining different widgets.

Developers can opt for the framework’s widgets that give a native-like feeling or create custom widgets.

Pros and Cons of Flutter

Launched by Facebook in 2015, React Native is an open-source framework for building iOS and Android mobile applications.

Pros and Cons of React Native

Which Brands Have Deployed Apps With React Native and Flutter Framework?

Companies from varied categories have used the React Native technology for their mobile applications. Airbnb, Facebook Ads Manager, Tesla, Skype, Amazon, Gyroscope, Bloomberg, UberEats, Instagram, Discovery VR are some of the notable examples. React Native’s list of clients is impressive and indicates the trust that it has managed to win since its launch.

If you are unsure about choosing between the React Native and Flutter framework, you should let an experienced team of engineers at the smartphone app development company make the decision.

Flutter team announced the preview release for v1.14.6 on February 5 this year. It is the fastest-growing programming language. Initially, several companies preferred to develop prototype apps (Minimum Viable Product) with the framework. Now, they are using the platform for their primary apps.

Rich widgets and constant efforts to enhance Flutter would ensure it becomes the top choice of developers for cross-platform development this year. Google has grand plans for 2020 when it comes to Flutter. The search giant recently revealed that it intends to evolve Flutter to work with smartwatches, smart television, and Google Nest Hub intelligent displays.

Facebook ensures timely maintenance patches for the platform that dominates the mobile applications market and keeps on adding new fans every passing day. Businesses find it attractive as it can help in creating sophisticated applications that run smoothly. The project can be completed on-time with a small budget. The app development framework combines the native functionality with the speed and agility of web apps. The platform from Facebook surely won’t lose popularity in 2020.

A report released by the Allied Market research has pointed out that by 2023, the mobile applications market will cross the $300 Billion mark. Mobile apps are set to play a crucial role in every company’s selling strategy. You can get in touch with experts at Smart Sight Innovations to discuss your project needs and seek advice. The firm provides mobile app development services in India to clients in a variety of sectors.