Functional Programming in Python – When and How to Use It 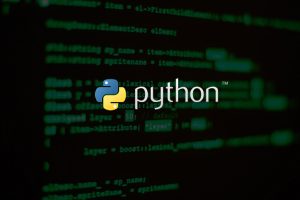 Functional programming is a programming model, to develop the architecture and elements of computer programs, and operates computation by evaluating mathematical functions by bypassing the changing state and mutable data. It is the process of building tools by constructing pure functions. Developers are now looking to add an additional feather to their cap by drawing on multiple patterns to solve problems. Functional programming, especially in Python web development is increasingly becoming popular due to its efficiency and scalability to provide practical solutions to modern day problems.

In other words, functional languages (also known as declarative languages) promote code with no side effects, no change of value in variables as opposed to imperative programming, which reiterates change of state. While there is no rigid definition of what a functional language encompasses, they are usually languages that use functions to transform data. Python, although not strictly functional programming language, does incorporate some of its concepts with other programming paradigms. With Python, it is easy to write code in a functional style, which may provide the best solution for the task at hand.

Developers can leverage python functional programming without having to depend on any specific features or libraries as described below.

These do not change the state of the program. When the same input is provided, a pure function will always give the same output.

For pure functions it is imperative not to change the value of the input or any data that exists outside the function’s scope. This makes the function easier to test as all the variables remain in the same state and we get the same output every time the function is called upon (as long as the input is the same). Here, we take the example of a pure function to multiply numbers by 2.

The above is an example of a pure function since we do not reference any other variables outside of the function and the original list of numbers remain unchanged.

Data cannot be changed after it is created, for e.g.: if a list with 3 items is stored in a variable my_list (which is immutable), developers working on Python web development cannot change the individual items. Developers would have to set the variable my_list to a new list in order to use different values.

Python web development may involve encountering a bug where a variable that was set to maybe ‘25’ becomes Null. The reason for this could be that the error was rendered not where the changed value already affected the software, but where the variable was changed. Python has certain immutable data types, such as Tuple. Here we compare Tuple to a List, which is mutable.

An alluring case is where a Tuple may seem like a mutable object can occur, for e.g., when we change the list in immutable_collection from [4, 5] to [4, 5, 6], one can do the following:

This can give an output as a List is a mutable object. We can also change it to [4, 5] as described below.

As established earlier, this fails. It is possible to change the contents of a mutable object in a Tuple, but the reference to the mutable object that’s stored in memory cannot be changed.

Functions can accept other functions as parameters and functions can return new functions as output. This allows developers to abstract over actions, providing them with much needed flexibility in the code’s behaviour.

Higher order Functions either accept a function as an argument or return a function which will be actioned. While it is trivial to write certain functions, it is understood that they would operate in a similar manner – looping through the list and adding the increment operator and instead of creating many different increment functions, we create 1 Higher Order Function.

By abstracting what functions are applied or returned, developers have a semblance more control over the program’s behaviour. Python web development provides some useful built-in Higher Order Functions, which makes working with sequences much easier.