How to Build Smartphone Apps for Children Like a Boss 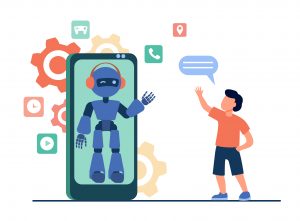 One of the most challenging tasks for companies is to create an app suitable for kids. The most common traits in children such as stubbornness, restlessness, and impatience make creating any kind of software for kids a formidable proposition.

Developers can design apps for children with a little bit of improvement to enhance their overall personality development, but would have to pander to the unique requirements of this highly excitable and energetic age group, and if successfully built, such apps can help kids play and learn at the same time.

While success for any app is not guaranteed, we will be looking at a few key attributes in this post that mobile app development companies will be well served to follow when building apps for children.

Kids revel in challenges and conflict

Adults want their work to get done as quickly as possible, for example., while using any banking or email application. On the other hand, kids enjoy challenges as it accords more meaning to their success.

When kids play on a mobile, they expect auditory or visual feedback whenever they touch something. One of the most critical attributes for any successful kid-oriented application is that it generates a response to every interaction. Also, kids love to be rewarded every time they perform well.

Kids in general, are more trusting than adults

Children cannot predict or recognize anything about the consequences of their activities. Generally, they are more trusting as compared to adults. Thus, it becomes essential for smartphone app development companies to create safeguards for children’s apps.

If you have noticed the Google Play Store or Apple’s App Store, you might see that there are categories for apps based on age groups such as “Apps for age five and under”, “Ages 6 to 8”, “Ages 9 to 11” etc. Kids develop faster than adults. Thus, an app for a four-year-old may not be apt for a kid who is six years old.

Everyone who uses an app of any kind expects consistency in performance as well as visual appeal. Against popular belief, kids do not like it when their app screens start displaying unwanted visuals. Children as well adults get annoyed when they notice something random and unnecessary on their app screen.

They all need a reason to use an app

Smartphone app development firms need to articulate how an app performs or else risk people becoming bored with it very soon. There should be a purpose to use an app, and the purpose should be obvious – even if it means underlining the goal of a gaming app.

No one wants to be shocked

Kids as well as adults use apps for particular reasons. For example, if an adult uses an app for shopping, then he or she would expect a confirmation of the goods purchased and the relevant information in connection with said purchase – ideally over an email. The experience would be highly encumbered if the app would take them to another random landing page that directs users to buy another unsolicited product.

Everyone enjoys a little something extra

Getting something extra, also known as lagniappe, mostly works well across all demographics. Both adults and children love to see some unexpected and delightful perks (in the form of a reward or a bonus) on their screen, which adds to their experience of using an app while not being overly intrusive.

What Should Be the Framework for Creating an App for Kids

Best Tips and Practices for Designers to Build Apps for Kids

It is essential to keep in mind that not many smartphone app development companies are well equipped or experienced in building applications for children. The market for such apps is remarkably significant than one can imagine. Mobile app developers must see it as an economic opportunity and start focusing on this niche.