How To Protect Your Smart Home And IoT Devices? 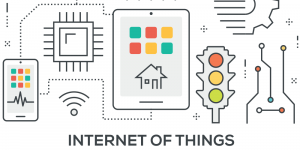 No matter if it is the automobile, manufacturing, transport, entertainment, or retail industry, the Internet of Things (IoT) technology has been adopted by every sector during the last three years. It has even entered our living room and turned our houses smart.

Have Smart And IoT Devices Added Value To Your Home? Is IoT Expanding Rapidly?

Smart garage, smartwatches, TVs, printers, fitness bracelets, thermostats, baby monitors, pet feeders, refrigerator, coffee machine, and of course, home voice assistants, all these devices turn your home into a smart home.  On average, every house would probably have at least 11 intelligent devices during the coming years. Smartphones, smart TVs, and tablets have already reached homes even in developing countries.

The smart house literally wakes up with its owner every morning. The lights turn-on, coffee starts brewing, it plays local news with the help of home voice assistants, tells the local weather forecast, and even turns on the water-heating system automatically according to the user-schedule.

Objects in the houses are connected to the internet. Multiple sensors, thermostats fitted in these systems transmit the data to the cloud-based servers within seconds. It has already managed to reach millions of homes and has changed the way people live their life.

The system is connected with mobile apps and even knows when people enter the house and leave. Movements within the home are monitored and stored. When there’s no one in the house, the system locks the residence and shuts the power supply.

The profoundly private information is shared with the IOT software development company that runs the smart systems. Sensors on the owner’s vehicles share location details.  When the homeowners arrive, the software turns on lights, HVAC systems, coffee machines, etc.

The only aspect that several people feel challengeable is the fact that users need to share details about private life, routine, schedule with these systems.

Which Are The Conventional IoT Devices Attacked Frequently?

Several news stories highlight how hackers attempt to hack smart devices to spy on people, monitor activities and steal money. Smart gadgets bring along a considerable security risk. Most of them lack even necessary encryption.

The problem is that each device serves as a potential entry point that hackers can manipulate to hack in the home network. Once they enter this web, they can easily take control over other devices.

The Most Common Vulnerabilities Faced By Such Gadgets Are

Botnets Mirai (2016) and Reaper, Torii (2018) indicated the level of sophistication that hackers have managed to reach when it comes to targeting IOT architectures. Experts pointed out that Torii can target SuperH, PowerPC, x64, x86, ARM, and MIPS architectures.

The year 2017 witnessed several cases of attacks by Gafgyt and Persirai Trojans on IP cameras. In 2018, VPNFilter malware was used for attacking millions of routers around the world.

Cybercriminals have developed special Botnets like OMNI for exploiting vulnerabilities and insecure configurations in business systems so that they can quickly gain access to all the gadgets that work on the attacked network.

A report released by Kaspersky researchers last year pointed out that malware attacks on IoT networks have been consistently showing improvements in their quality and quantity during the previous two years. The aim behind such attacks is stealing personal data and diverting the computing power for mining cryptocurrencies.

In April last year, the UK’s NCSC- National Cyber Security Centre, and the US Department of Homeland Security issued a joint statement claiming that Russia backed hackers were targeting NIDS-Network Intrusion Detection Systems, firewalls, routers, switches owned by the private sector as well as the government.

Later, the FBI surprised everyone by issuing an alert regarding the vulnerability of smart devices. The report highlighted criminal campaigns run by foreign hackers who targeted unsecured smart devices and used them further as a gateway for cyber attacks.

The alert pointed out how attackers gained control of IoT devices and then used the gadget’s IP address for engaging in intrusion activities. The use of such tactics makes it difficult for the security systems to differentiate between genuine and malicious traffic coming from suspicious IP addresses.

IoT gadgets are often packed and shipped with default, simple passwords, and users continue using them even after installation. Attackers efficiently manage to guess the common passwords and gain control over the gadgets. Vendors do issue updates after discovering security related loopholes. However, users fail to set auto update. Thus, during the initial set up, technicians must advise users to change the passwords wherever required.

How Can The Smart Home Be Secure?

Additional Tips To Make Your Smart And IoT Devices Secure

If you wish to know more about securing your smart home, you should surely connect with one of the IOT application development services providers like Smart Sight Innovations. 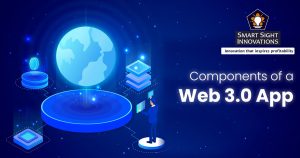 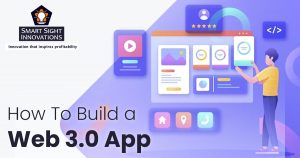 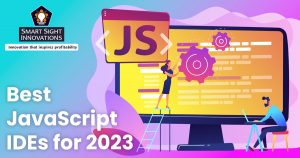 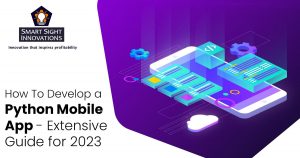