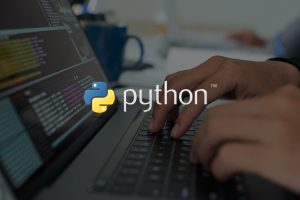 In recent years, Python web development has seen an exponentially increase in acceptance as it offers extensive benefits to multiple industry segments. But the one industry that has seen a monumental application of Python is data science and AI / ML.

Many businesses have included Python machine learning systems into their operational strategies to automate various segments of their activities, and as a result, Python web development has grown in prominence. Organisations have also started to invest significantly in applications that use artificial intelligence or machine learning, all of which requires robust Python web development know-how.

Here, we look at some of the best Python libraries that contribute significantly to Python web development.

Developed by Google in collaboration with Brain Team, TensorFlow is one of the most widely Python programming libraries and is present in almost every Google machine learning application. It is a computational library used to write new algorithms that have many tensor operations.

Keras was originally developed as a Python programming platform that was used with neural systems. It has developed into an independent library with a wide array of tools used by many tech giants like Netflix, Uber, and Yelp for image and text data.

Developed by Facebook’s AI team, Pytorch is ideal for complex tasks such as language processing & concepts that are utilised by large corporations such as Walmart, Uber, and Microsoft. With an architecture that improves development speed and optimizes performance – essential for projects with large data sets – it is one of the preferred Python libraries that also has cloud support.

The development of Numpy added new aspects in numerical computing and machine learning capabilities to Python. It offers an extensive range of numerical computations such as matrix calculations, linear algebra and supports complex mathematical functions for faster execution.

To a very large extent, Python’s computing abilities are mainly due to libraries such as NumPy and Scikit-Learn. It also supports numerical calculations & offers tools for performing scientific and engineering computations

Provides impressive analysis with a variety of tools and data structures and runs complex data operations accurately with minimum input. It also enables data operations, grouping, filtering & data analysis – which is a highlight.

SciPy offers modules for utilization of multiple ML algorithms with its high speed and top-notch execution, that enables rapid computation.

The Eli5 ML library is a combination of visualization and debugging features applicable for all models that also allows tracking of all algorithmic working steps.

To get the best out of Python web development and machine learning capabilities for your business, contact Smart Sight Innovations and speak to our experts.