How Has the Corona Virus Affected Apps in 2020 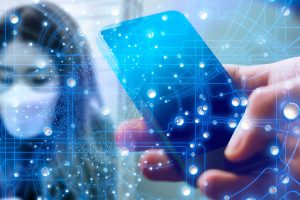 January 2020 was a watershed moment for technology, especially mobile apps. The coronavirus began its path of destruction, forcing people to stay indoors under lockdown that persist even today in many parts of the world. Forced to stay indoors, people had no option but to turn to their mobile devices to keep themselves engaged and for a sense of connection with the outside world. As a result of this, some apps saw a dramatic upsurge in installs and usage while others simply plummeted off the cliff.

A year ago, no one would have dreamt of corona tracing apps. Governments launched contact tracing apps and even made it mandatory as happened in the case of Arogya Setu in India, leading to over 50 million downloads. Singapore reported high downloads of TraceTogether. Both apps raised privacy and security concerns. CovidWatch, on the other hand, assures that third parties and governments cannot track users.

The German Corona DataSpende apps work on the smartwatch to monitor pulse, body temperature, and sleep patterns. Enterprises can get their own health watch app developed by mobile app development services in India to ensure the safety and health of employees.

The enforced lockdown led to a rise in the popularity of news apps. Washington Post app downloads increased to 76%, the New York Times app by 58% and The Wall Street Journal by 39%. Bolstered by these numbers, publication houses were emboldened to start charging for their news services delivered through apps, which were earlier available for free. Fortune is one such news portal, whose readers were asked to opt for paid subscriptions through the app.

Zoom and Rave currently rule the roost as work from home trends around the world led to a rise in the number of downloads of such apps. Slack and Skype also saw an uptick in downloads and usage. India alone accounted for over 68 million Zoom downloads.

Until recently (when Microsoft Teams matched them) Zoom was the only app that provided unmatched service capabilities such as support for up to 1000 participants in a single call – features that saw its daily user numbers swell to over 300 million. Video chat apps as a segment recorded a mind-boggling 627% increase in downloads. Apps in other segments, however, saw a sharp drop.

The less fortunate apps that nosedived due to lockdown and movement restrictions belong to these categories:

Hopefully, the situation should improve by the end of this year. Apart from video conferencing apps and apps which enabled remote working, there are other segments where app downloads and popularity showed promising growth.

The pandemic and subsequent stay at home trends led to more people turning to apps that help them to pass time and take advantage of useful services.

One takeaway during the ongoing pandemic from all of the above is that apps are becoming more and more popular and cover a range of functionalities ranging from simply passing the time through social interaction to entertainment to the more serious business and work from home and self-improvement apps.

No matter what the segment, businesses benefit exponentially when they have an app presence, which enables users to experience the offerings at the swipe of a finger. If you are looking to develop an app with a professional Mobile App Development Company, reach out to the experts at Smart Sight Innovations and get a free quote. Apps can accelerate subscriptions, help build brands, and drive revenues while also earning income through ads with increased views.