How Android 11 Features Are Causing A Wave In The Mobile App Developer World? 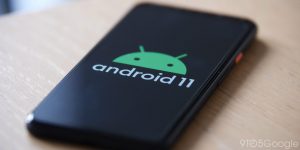 One of the things about Google is that it does not fail to surprise.  At every launch, you can trust Google to release something that will cause a stir. Now whether it is a pleasant or unpleasant surprise depends on which side of the device screen you work on. Android 11 is no different. Although slated for a May 2020 release, it has already taken developers by surprise by the sweeping changes in the OS. Some of these changes will require developers to rethink their entire approach to creating apps for the OS. These features are all meant to reinforce security and privacy for the user while enhancing the user experience.

Android has been with Google since 2005 and like many Google products, has been a game changer  for mobile devices, as a result of which, any changes are bound to have a significant effect on smartphone UI and consequently, UX all over the world. With Android 11, Google aims to keep up that trend. Some of the revolutionary as well as subtle changes that Google is bringing about with its 11th installment of the Android platform are discussed below.

This is perhaps the one move that is creating the most ripples. Google had wanted to introduce it with Android 10 itself. But uproar among the developers led Google to backtrack and follow a kind of middle path with the SAF or Storage Access Framework. The SAF restricted the open-access of apps to the files in the device storage, instead, making them take a roundabout path by requesting the data through an API. SAF often slowed down app operations, which caused developers to avoid it. But Google decided not to back down and made Scoped Storage compulsory with Android 11.

Scoped Storage makes apps create a separate folder for files that it creates. If any foreign app needs to access a media file on that folder, it will have to send a request to the API, which will ask the user for permission. Only if the user gives permission can the second app access the files of the first one. This not only creates a more robust security system but also prevents the clutter apps leave behind when creating files without a clear storage destination.

Security is another major change in this sector,  with government spying being a major talking point over the last decade. A lot of stories were thrown around about how security agencies used phone and computer cameras and apps to spy on users. This change aims to address that issue. One-time permission can be considered as an access gatekeeper to sensitive information on your phone. When an app requests access to features like Camera, Location and the like, that can be used to spy on you, you will have the option to grant access to the app “Only this time”. This means that when you exit the app, the permission is revoked too.

Mobile users around the world have been eagerly awaiting for the implementation of 5G for a long time and Android 11 is taking measures to adapt it to allow full exploitation of its potential with the addition of the Dynamic Meteredness API. This API checks the 5G connection to see if it is unmetered or not. If it does detect such a connection, it will automatically offer the highest resolution of the media you are consuming at the moment. This will also apply to cellular networks to help detect users whose carriers are providing unmetered data over their 5G network.

The Neural Networks API or NNAPI 1.3 is meant to reduce data and usage redundancy to increase speed and enhance the machine learning process. The use of the NNAPI will help Android phones or devices perform computationally intensive operations for the machine learning process. The working is made more efficient by not requiring apps to use separate copies of a dataset for similar use cases. There will be three main additions here. These are the Quality of Service APIs, Memory Domain APIs, and the Expanded quantization support.

Android 11 will allow the insertion of images by copy-paste or otherwise in notification in-line input fields as well as in-app fields. This means that a developer creating an app that allows such use of images can add this functionality to their app.

Android 11 aims to make app testing and debugging smoother and less volatile against behavior changes. More control is being imparted on the hands of the developers through individual opt-ins using toggles in the Developer options or Android Debug Bridge. This will make it easier to ensure compatibility, flexibility, and stability for app developers.

As Android 11 is on the verge of release, Google has also introduced tools to make it easier for developers to compile, test and debug their apps on the platform. The latest Android Studio version 4.0 has a number of features meant to improve the app development experience. The Android Emulator that comes with it will allow developers to create a device system image or, in other words, simulate the Android 11 environment for running and testing the Android 11 apps you develop. This will make giving a custom mobile app development demo smoother and easier.

Read More: Best Tips To Be Considered While Developing A Mobile App

Needless to say, these are not the only changes coming to the platform. There is a slew of other upgrades that have been added, especially in messaging (individual notification in-line conversation reply, conversation bubbles), adaptation for upcoming screen types (display APIs), back gesture improvements, integrated screen recording, scheduled dark mode, bandwidth estimator API, more stringent security measures, a greater shift from non-SDK interfaces, improved connectivity and image systems, lower latency features and so on. There are even rumors that Google may introduce a FastShare feature with Android 11, emulating Airdrop of Apple.

It cannot be denied that Google is planning a major overhaul of the Android Platform with version 11. Some of the changes have already started appearing in updates and have been lauded by users. However, the reception has not been reflected among developers of many smartphone app development company like Smart Sight Innovations, who are having to rethink their entire approach to Android app development. Google, of course, is doing its best to make the transition seamlessly by incorporating multiple tools to help developers across the bridge from X to XI. At the end of the day, it is all about improving the user experience, so Android developers will have to accept any changes towards that gladly.