Reasons To Choose Angular JS For Your Next Mobile App 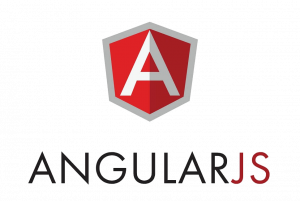 JavaScript technology continues to power several web applications and websites. It works perfectly with CSS and HTML. AngularJS is one of the most appreciated JavaScript frameworks for developing interactive single-page apps as well as parts of a website. Components can be expressed clearly as the HTML’s syntax can be easily extended.

AngularJS is licensed by Apache and maintained by Google. At times, designing features in a massive web application becomes challenging. AngularJS proves helpful for managing components in complex projects. Even junior engineers joining the development team in the middle stage can grasp and carry on the work.

Its MVC architecture, code re-usability, dependency injection, MVC software design pattern, and its ability to improve server performance are some of the crucial features. An in-depth linking feature in the framework deserves a special mention. URLs consisting of details of the state of the app can be bookmarked so that the system can be restored in the same state at a later stage.

Since the platform’s introduction in 2009, the framework has managed to increase its popularity around the world. Engineers use JavaScript for writing client-side applications.

Apps created with this framework are cross-browser compliant as the system automatically adjusts the JavaScript according to the user’s browser.

Thousands of developers opt for the open-source framework. It is used for creating easy to maintain, high-performance, and large-scale web applications.

Projects Can Be Completed Within A Shorter Timeframe

Applications that require several months for completion and deployment with other frameworks can be completed faster with AngularJS. The app is split into multiple MVC components for making things easy. The time saved in coding ensures the app becomes ready within minutes. A few attributes into the HTML can do the trick. The unit testing process becomes simple due to the framework’s dependency injection subsystem. AngularJS is loaded with features (karma) that can auto test written-codes and fix bugs in the apps. As a security measure, server-side authorization and authentication are crucial for AngularJS applications.

Initially, it was exclusively used for developing single-page applications. Its great features like Typescript construction, auto-completion, and navigation encouraged developers to use it in enterprise apps. Web apps used by Netflix, JetBlue Airways, Freelancer, and LinkedIn are built using this framework.

Use of MVC Architecture

MVC is a program that splits the apps into three components – Models, Views, and Controllers. The three elements combine to form the app.

The Model is responsible for controlling data in the apps. It modifies and updates the data as per requirement. The View part displays the entire app data or a particular portion according to user requirements. (Put simply, it takes care of the display part). The third part is the Controller. It is a software code that handles the interactions between the Model and View function.

The View part accepts inputs from the user and raises an event. The input data is forwarded to the Controller that stores all the logic modules. After performing the logic, it sends instructions to the Model for making necessary changes for adding or modifying data. The Model processes the data and sends it back to the Controller, which sends it back to the View. The pieces of data between View and Model components are automatically synchronized.

Benefits Of Building A Mobile App With AngularJS

Cross-platform mobile apps can be developed quickly with AngularJS in combination with Ionic, HTML 5, and Cordova. Engineers prefer AngularJS for developing video streaming apps, user-review, travel and navigation, weather updates, and social interaction apps. AngularJS offers versatile benefits for mobile app development as well. Here are some of the benefits.

Platforms keep on updating their features, components to offer faster speed, and use minimum resources. Google does the same with AngularJS. The framework’s latest version, Angular 9, was released on February 7 this year. It has introduced changes in various aspects like CLI, Angular Material, and the overall framework. Some of the most appreciated features in this update are the IVY default compiler, better NG update to CLI framework, improvement in language service, and IDE, as well as Typescript 3.7 update. The latest version also uses Tree Shaking dead code removal technique for removing the parts of the framework that are not in use.

AngularJS deserves the credit for revolutionizing web-development. It is the first choice for several frontend developers due to its ability to extend CSS, JavaScript, HTML capabilities. Google maintains AngularJS and continuously engages with the community of developers from around the world to keep them updated on various features introduced from time to time.

If you are looking for a custom mobile app development firm that has provided scalable and robust solutions to startups and enterprises, you should connect with Smart Sight Innovations. The firm has developed some phenomenal AngularJS solutions for clients in various categories.