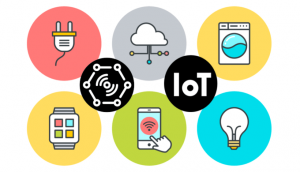 IoT devices are slowly spreading everywhere, even in bedrooms. The cost of IoT sensors and device acquisition is reducing. The number of such gadgets is set to cross the 20 billion mark by 2023. Thus, the Internet of Things network and device security are factors that developers wish to focus upon these days. For addressing security concerns, every gadget needs to have its own set of super-secure encryption and security standards.

A right password needs to have sufficient length and complexity to make decoding impossible. However, some device users prefer to keep them simple, easily guessable. At times, people prefer to continue using the default password set by the device makers. Thus, it is up to the app developers to program the applications in such a way that they do not support setting up weak passwords.

Hacking incidents involving the use of Wi-Fi Pineapple and Raspberry Pi have proved how hackers can quickly start surveilling any IoT network with these rogue devices. All they need to do is hack and trap one vulnerable device and then control others from the system to steal data.

The use of Mirai malware for triggering denial-of-service (DDoS) attacks was perhaps the most significant warning.

Gadgets working on obsolete protocols like Telnet as well as FTP, and routers with weak HTTP credentials can prove to be trouble makers.

The technology is all about capturing and analyzing data received from various devices. Data is the oxygen for IoT, and it needs to be protected while at rest or being transmitted. Unfortunately, studies show that IoT gadgets connected to the internet sometimes lack even basic data encryption features.

Various devices transmit user’s personal information like name, date of birth, card details, residential as well as a work address, etc. across the network. These devices, as well as those using cloud computing services, remain vulnerable to hackers if they lack data encryption.

Of course, there’s no device that’s 100 percent secured from threats. As someone rightly said, it’s not if the gadget would face attacks or not, it’s all about when it would come under attack. Thus, all the stakeholders need to ensure they fulfill their responsibility by offering the right level of security.

Enterprises must create an infrastructure that is secured and is robust enough to handle a security incident. On the other hand, users must understand its functionality to pinpoint the part of the network that’s under attack during a security incident.

It is crucial to make sure the users of IoT devices understand how the IoT and connected devices work. Consumers are advised to read the device manufacturer’s agreement, policies regarding data safety before signing for any new equipment to be added in the network.

Not just individual users, but even organizations with in-house IT teams at times fail to understand if their IoT device remains misconfigured.

A research paper released by security experts from Europe during the DefCamp conference in Romania back in 2015 highlighted how IoT devices were sitting ducks due to their web interfaces. Researchers found serious issues with web interfaces of 24 percent of the IP/CCTV cameras, VoIP phones, DSL/cable modems, and routers that were studied for vulnerabilities.

Issuing off-the-shelf security scanners and security patches daily for known attack patterns and vulnerabilities is crucial to protect web interfaces.  It needs to be on the top of app developers’ daily lists of tasks.

Are you looking for a team of experienced developers to work on your firm’s Internet of Things applications? You should surely chat with engineers at Smart Sight Innovations.