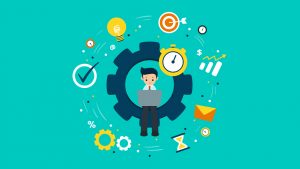 Software testing is a must to deliver the best working experience to the end-users. It allows us to find flaws and check whether it works as designed. Functional testing refers to the software testing that validates software systems on functional specifications or requirements. The main aim of the functional testing is to test each function of the software application, by providing appropriate input, and checking the resultant output based upon the functional requirements.

It principally includes black box testing and is not concerned with the source code of an application. More importantly, this testing reviews APIs, user interface, database, client / server communications, security, and many other functionalities of the application. Functional testing can be done manually or using automation. Manual testing is time consuming while process automation provides quicker results. Also, automated tools improve efficiency and deliver accurate results.

It is one of the simplest end-to-end functional testing tools. Tosca performs automated tests over all layers of current business architectures. The layers are from API to web, mobile and customized or packaged app UIs to BI and data warehouses. The tool is created to enable optimal and continuous testing within the CI / CD process.

It is a compelling yet lightweight functional test automation solution that supports an extensive range of AUT technologies. Micro Focus LeanFT is meant for technical test automation engineers and developers / testers in Agile teams. It is fully embedded in standard IDEs, and integrates naturally with the Dev and QA ecosystems, which makes it a preferred choice amongst the specialists.

This tool is a cloud testing platform that gives instant access to more than 1000 various real desktop and mobile browsers for testers, developers, or designers. The native debugging tools make manual testing accessible that allows quick inspection and correction of HTML, CSS and JavaScript flaws on any browser.

A cross-platform functional automation testing tool has been designed to improve test APIs such as SOAP and REST interfaces. SoapUI efficiently ensures the interoperability of different applications. Thus, it is largely practiced for WebAPI testing. The tests written in SoapUI are considerably manageable. Its drag and drop features make test creation a simple and easy process.

A commercial automation tool for web, desktop, and mobile testing offers superior capabilities for reusable test scripts, GUI recognition, and record / playback. Ranorex supports Selenium integration for web application testing, due to which testers can easily categorize the execution of their tests across platforms and browsers, enabling a cost-effective model for businesses.

An open-source application testing tool that is independent of the OS or browser. It is easy to run on a single script across versatile OS’s and / or browsers. It uses simplistic JavaScript to perform events in the browser. Unlike other functional testing tools, it works on all browsers, hence, it is often called a “smart assessor”.

Appium is an open-source testing tool for mobile app testing (Android and iOS), mobile web, or any other hybrid applications. This tool also supports a wide range of programming languages that have Selenium client libraries like Java, Ruby, Python, C#, PHP and many more. One main thing about this tool is that there is no need for application modification to make it testable.

In short, functional testing is more beneficial with regard to complex business applications. It allows for testing of each functionality accurately. From saving time to producing efficient results, functional testing tools are widely practiced. At Smart Sight Innovations, we deliver the best software solutions that are functionally tested and developed as demanded. Apart from CRM development services, Smart Sight Innovations offers comprehensive software development solutions.

Whether you want to design a robust software or modify an existing one, our expert team of dedicated developers provide you with the best solution. As an IoT app development company, we ensure that we remain updated with the latest technical developments, and with the resultant expertise, we successfully deliver optimal software solutions.