Which Are The Common Mistakes In Database Designing That Developers Should Avoid? 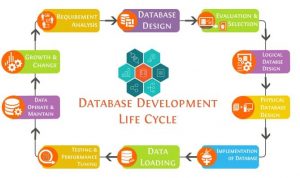 At times, database design remains structurally and mathematically correct but is flawed in its basics because the designer ignores the goal while developing.

The design for the industrial database expected to handle manual data entries every day is entirely different compared to the data model that’s supposed to integrate and work with systems that continuously generate data on a real-time basis.  The software designed to handle thousands of entries daily happens to be complicated, and so is the designing procedure. For systems expected to handle significant data volumes, designers need to take special considerations to ensure their usability and efficiency factor.

Besides the information volume, designers also need to consider the record size, data structure, and the level of normalization along with the client’s plan for the system implementation.

The aim is to design a database in such a way that information can be stored and retrieved, consumed at a later stage in the most efficient way possible. Thus, the developer needs to be well-informed about the information that the database needs to represent. The designer needs to know the rate at which the data is expected to be acquired and how it is set to be used.

A primary key is a uniquely identifiable combination of columns. These columns contain a unique value and are generated by the database in a unique defined sequence.

Inexperienced developers often fail to use the primary key appropriately. They fail to understand that it should be completely different than the data in the row.

Using application data, calculations of application for primary keys is a strict no. They should be generated randomly by the database, and should never be changed.

Indexes play a crucial role in helping users in retrieving information from the database with the help of a query. They consist of one of the multiple keys, and a table can have numerous keys built from it.

Indexes happen to be one of the crucial factors in database performance. Several systems face significant scalability and performance issues just because the developers working on them fail to index the tables. As the tables grow, the database performance worsens further. Too little indexes can harm as much as too many of them. Ideally, one index for each query can be ideal.

Designer working on a custom database development project needs to consider the usage pattern while choosing the number of indexes. Databases designed to work in decision support systems require a higher number of indexes, while those used for transaction processing (OLTP) need lesser. Overall, under-indexing can be better than the consequences of over-indexing.

Altering the stored procedure happens to be a tedious task. So, developers often re-write the entire process in case of any problems in the applications. Thus, its use should be justified.

On the other hand, not using them at all can also prove to be a mistake. Some designers find these prepared codes handy while manipulating data.

Data is the new oil these days. Data privacy should be considered as one of the primary concerns during database development as the system would be used for storing confidential information. Database access needs to be restricted, inaccessible without authentication. The application and database should be operated using different servers for ensuring the data remains protected from cyber attacks.

Relevant information like the database stored procedures, ER diagrams, definitions of tables and columns, and details about database structure should be documented. Current and future programmers, as well as end-users, can use it for future reference.

Developers often create a database without looking at the real data to be handled. They design it as per an ideal model, something out of their imagination. Not looking at the actual data can prove to be disastrous.